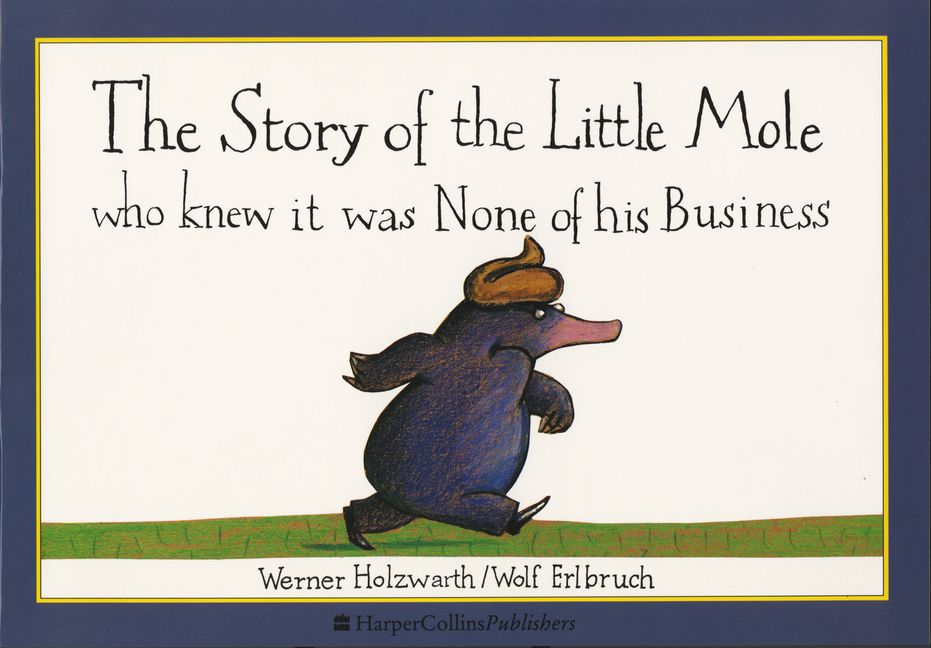 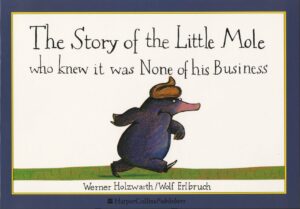 What appears to be the hairdo of a now-famous politician, on the head of this little Mole, is what attracted me to this story, first published in Germany in 1989. Of course, it isn’t hair, as the original German title, “About the little Mole that wanted to know who ‘did’ (poo-poo) on his head” attests.

I find little enjoyment in “Gastric emission” stories that are popular today, however, this one has an educational component and is quite amusing.

“A terrible catastrophe befell the little mole one bright, sunny morning. It looked a little like a sausage, and the worst thing is that it landed right on his head”. Mole was indignant, but he was so short-sighted that he couldn’t see anyone around. He sets off on a journey to confront the offender and on the way accuses many different animals.

By way of denial, the animals educate him on their own particular style of “business”. Mole finds some impressive, some almost appealing and for one in particular, he was relieved that it hadn’t been deposited on his head. Eventually, with the help of a pair of flies, he finds the culprit and exacts his revenge.

Translated to English by David Bennet Books, Werner Holzwarth’s text is so much fun. The conversation between Mole and the animals always ends with “Me? No, how could I? I do it like this?”. The description thereafter and Mole’s impression are very funny.

The illustrations by Wolf Erlbruch are classic and were deemed such by The Netherlands in 2012. The colourful pencil drawings are delightful, filling each panel and complementing the font used. The posturing of Mole and expressions of the other animal characters are hilarious. The movement and creation of each “business” is accurate without being distasteful.

Adapted for stage in The Netherlands and Germany in 2012, this story does have all the elements of an entertaining read. Technically, a children’s picture book, I think the comedic and educational factor make it fun for all ages. It is 31 years old now and a classic. 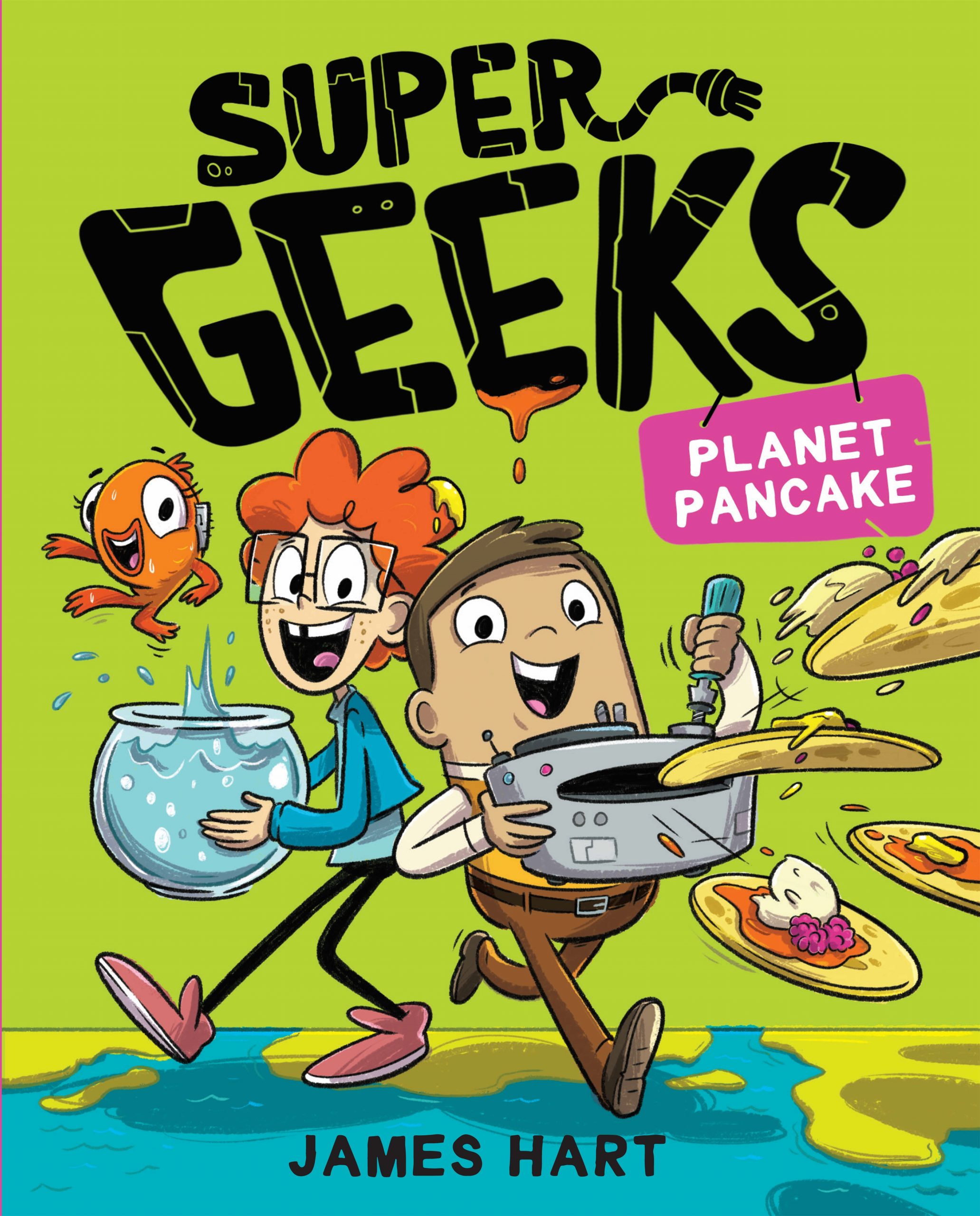 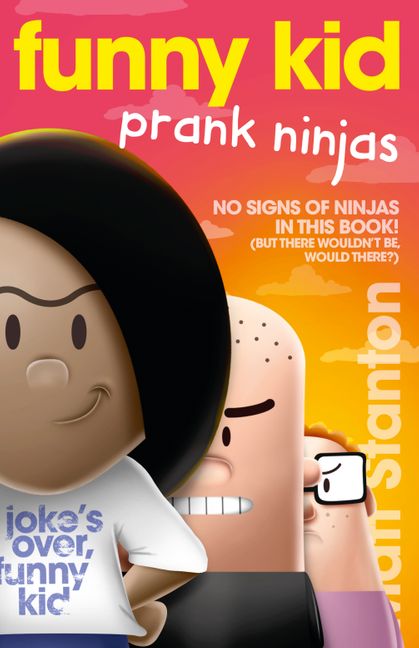