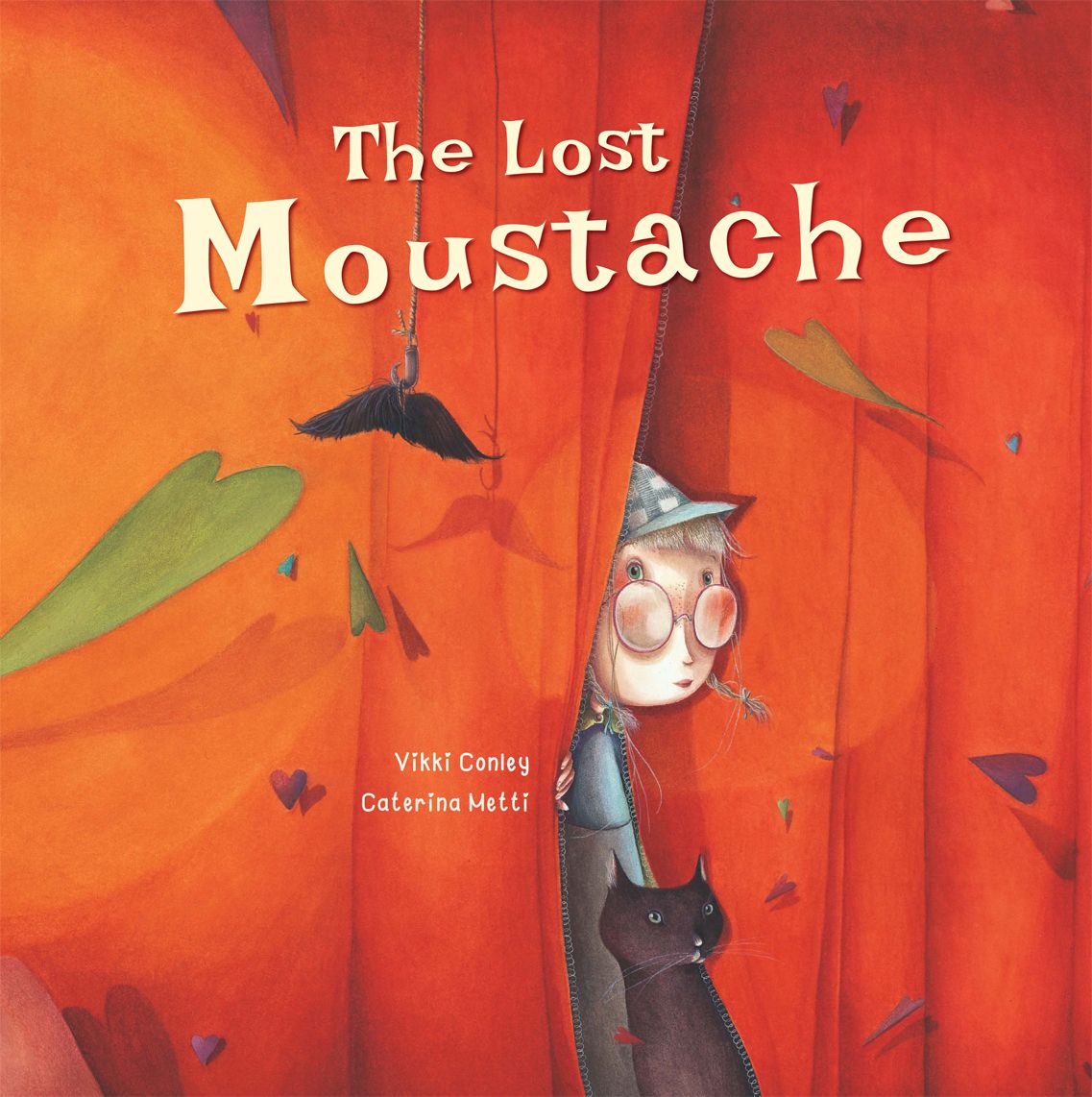 By Vikki Conley and Caterina Metti 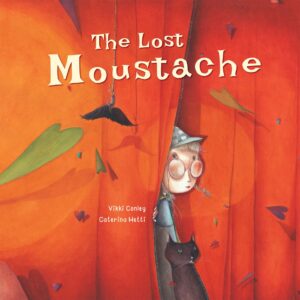 Vicki is  the author of the charming  Little Puggle’s Song,  also reviewed in StoryLinks. Caterina is a self-taught artist who studied science before pursuing illustration as a career. Together they have created a quirky tale  based on a simple but clever  idea.

You might ask how can anyone lose a moustache, but this story takes place during a dress rehearsal for a children’s play and, as we all know, anything can happen in children’s theatre.

Frankie, dressed in deerstalker hat, glasses, and with a magnifying glass and obviously channeling Sherlock Holmes, finds a moustache on the stage floor. She asks various likely and some unlikely contenders if they have lost it with some charming and amusing replies.

Vikki carefully builds up the suspense and interest is further sustained by the vibrant illustrations which are stunning throughout.  Caterina does wonders with perspective and angles as she controls and dominates the page space.

The surprise ending when Frankie finds the true owner is a delight that will leave many children chortling and chuckling with glee. 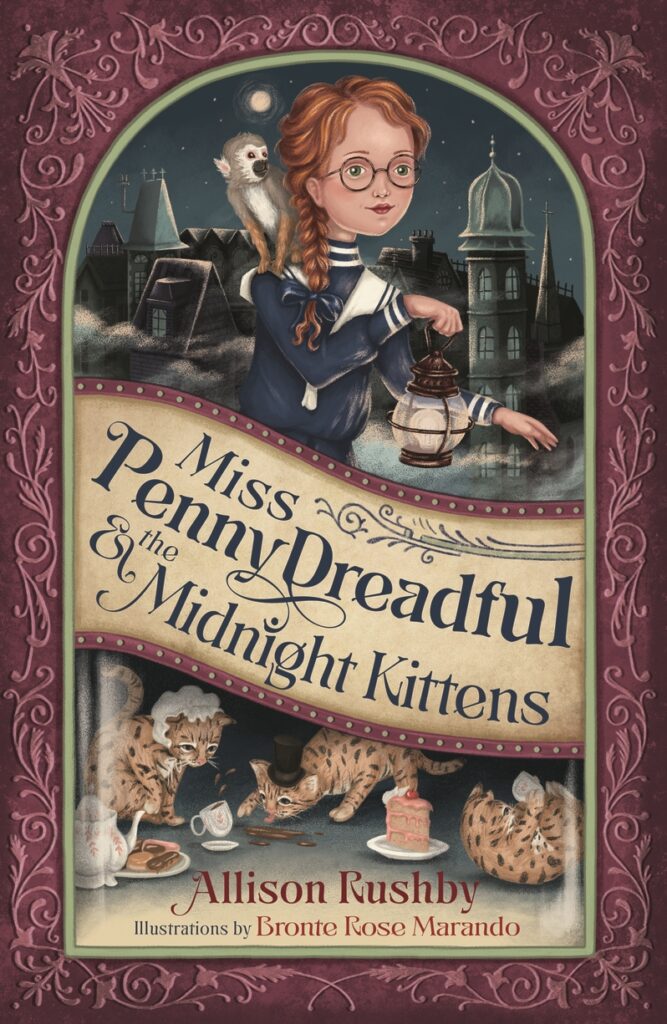