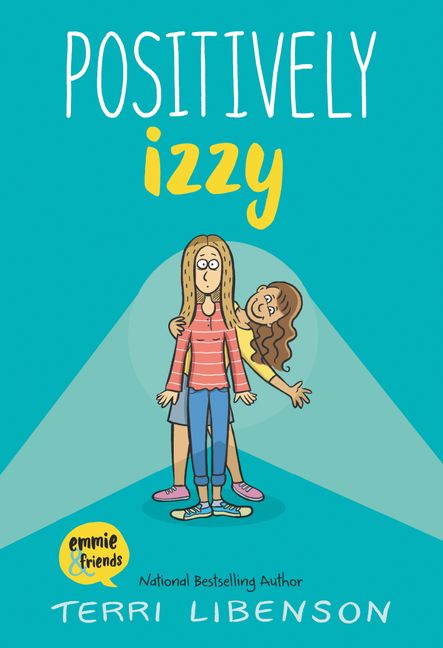 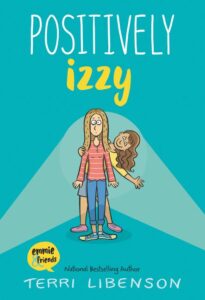 In this book we follow the lives of two very different 13 year old girls, Izzy, who loves acting, stories, and being the centre of attention, and Bri, a straight ‘A’ student who plays by the rules and shies away from the spotlight. Unexpectedly their lives intertwine during a school talent show and give both girls the chance to show people that they are more than just their labels of ‘class clown’ and ‘brain’.

In this book we once again meet Brianna who was first introduced in Invisible Emmie as the best friend and although this can be read as a standalone novel there are quite a few fun ‘easter eggs’ for those who have also read the first book.

Positively Izzy has a large focus on how our culture (especially an uninhibited middle-school culture) can sometimes label a person as just one thing and the challenging of that notion at quite a vulnerable age. We also have strong parental themes throughout the book with Izzy’s single mother and Bri’s divorced parents all playing important roles throughout.

Once again the writing style is half general novel with illustrations and half graphic novel with each change of style indicating a change of voice with Izzy being the general and Bri being the graphic section. It takes a moment to wrap your head around the change of styles throughout the writing but after that the book flows easily and gives the reader a surprise ending much of the same style as we first saw in Invisible Emmie.