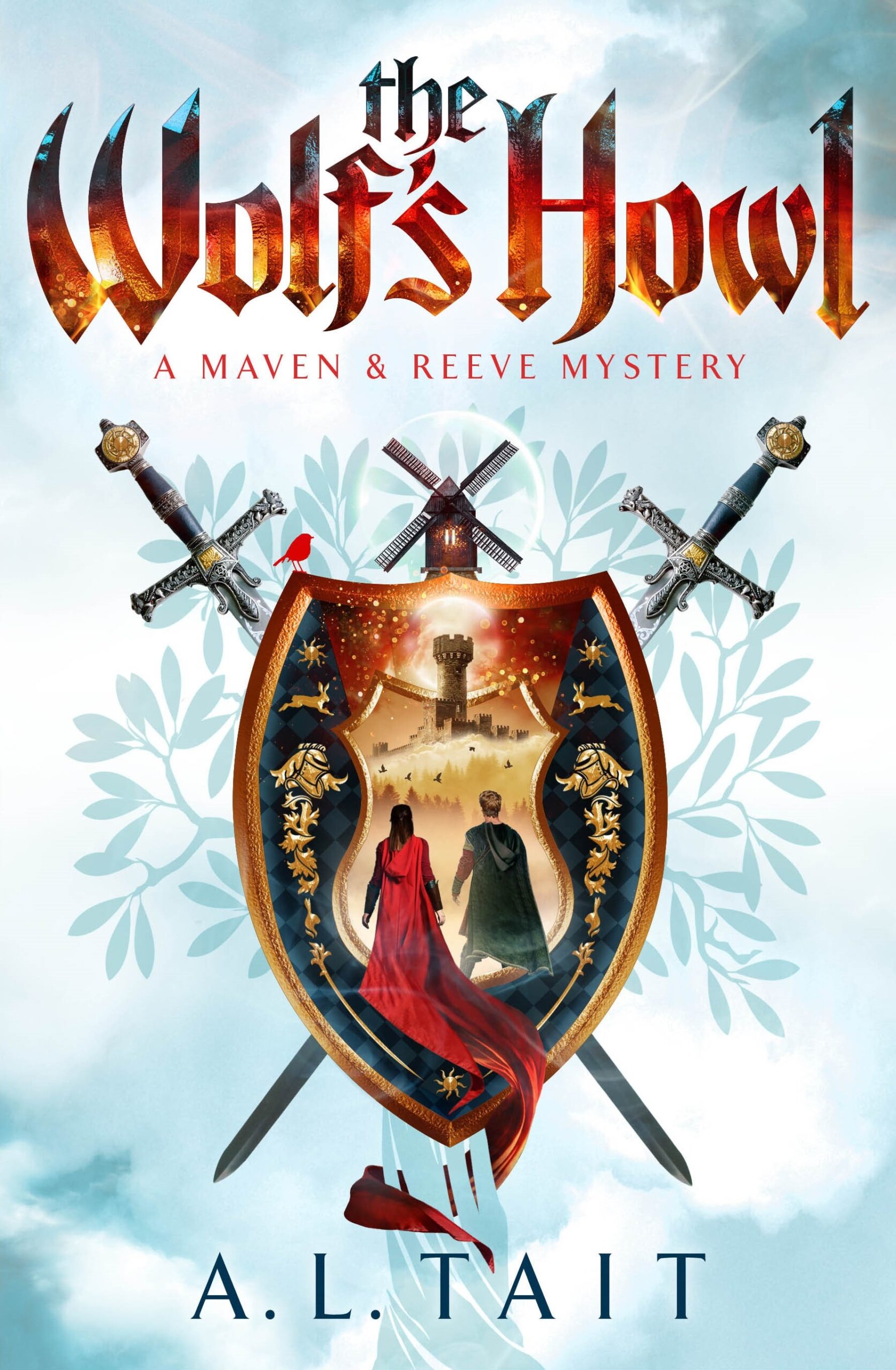 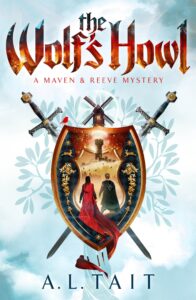 The Wolf’s Howl is, what the Glawn Castle locals call, the biting, freezing gale that rages around the mountains, in the valleys and perhaps, metaphorically, inside the castle itself.

This second Maven and Reeve Mystery, by Allison Tait, finds the two characters travelling to Glawn Castle, home of Airl Riding. Due to a change in circumstances Maven is now servant/companion to her friend, Lady Cassandra and Reeve is squire to Lord Garrick, Cassandra’s new bridegroom. Under the guise of travelling on their honeymoon, Lord Garrick is, in fact, garnering support to overthrow the ineffectual King Bren.

But caution is the key as there seems to be treason everywhere they look. A cook has gone missing, and Maven becomes a spy because, as a servant, she can roam the castle. Her secret skill, reading and writing, make her most effective when she discovers a code hidden in a recipe. Reeve, who knows her skill, keeps her safe by not revealing it, but shares her findings with his Lord, as clues accumulate. Along the way, they are both assisted by an underground women’s group called, The Beech Circle, to solve the mystery.

Set in the medieval, fictional kingdom of Cartreff, Tait weaves a story of intrigue and deception with clever descriptions of the landscape and characters, that will draw the reader into this world. The action and suspense is heightened by the forbidding environment within and outside the castle. Threaded through, is the plight of women and their unequal status in this age.

Written with Maven relating her story in alternate chapters, whilst the other follows that of the other characters, Tait has created a story that is comfortable but challenging reading for middle grades. It is written so that readers will feel sympathy for the characters, apprehensive at the chance of discovery and fearful in dangerous situations.

The story is great as a stand-alone book but having now read it, I believe I would enjoy the first book in the series The Fire Star.